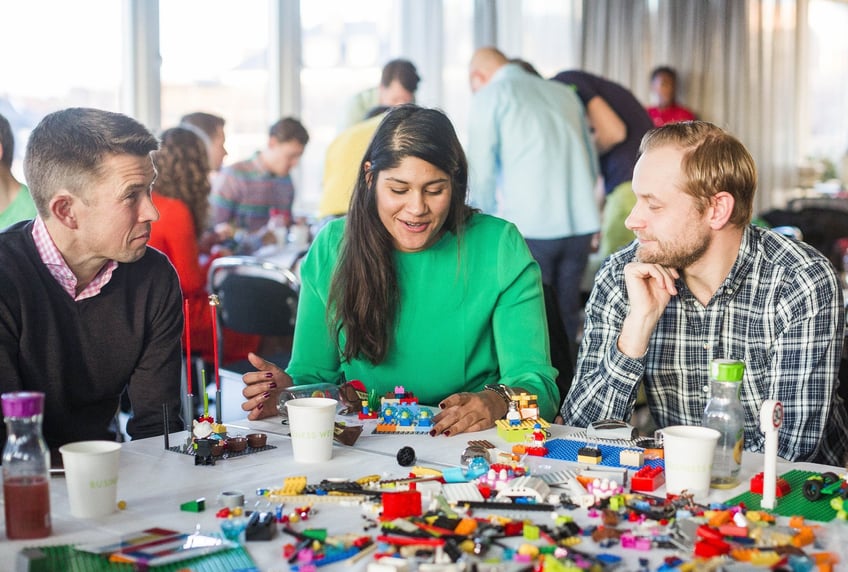 Blockchain changes the digital playing field when it comes to business models. Companies are building applications which can be governed in a decentralised way beyond the control of a single person, company or country. They are also utilising new methods of monetisation outside of the fiat system, distributing value and power. Furthermore, there are companies who can raise $4 billion in a matter of months, in ways we never knew existed just a few years ago. This is just the beginning.

As a decision-maker at a successful company today it is your responsibility to make sure that this isn’t creating a perfect storm which can make your company obsolete, and it’s a storm that is brewing faster than you believe.

2018 may be deemed a bit of a roller coaster ride for cryptocurrencies, leading certain economists, including Nobel Prize winner Paul Krugman, to predict a desolate future for alternative currencies. Such reports, combined with the public obsession with prices of crypto-assets, have contributed to Blockchain becoming less prominent in the mainstream train-of-thought so far in 2018.

There are many others however, such as Oxford academic Kate Raworth in her thought-provoking bestseller “Doughnut Economics”, who believe that Blockchain technology could form part of the solution for revitalising the way we do business. She claims that Blockchain could play a part in helping to transform the economy, making it more suitable to serve the needs of a 21st century digitalised world.

Furthermore, in the first half of 2018, more investment was raised via VC rounds globally by Blockchain companies ($1.3 billion), than between 1st July 2016 and 31st December 2017 combined (Source: Techcrunch). Note that this excludes funds raised via ICOs (Initial Coin Offerings: I’ll explain what this is later in the article), which have already surpassed $13 billion during 2018 as I write this article, eclipsing 2017 (Source: Coindesk ICO Tracker).

It is clear from this that it is worth looking beyond the shallow metric of crypto-asset prices, before making your mind up on Blockchain. Blockchain is transforming business models on multiple levels, evidenced by its ability to attract so much serious investment. Let’s look at a project by Block.one to illustrate how Blockchain technology is enabling this transformation.

Block.one earlier this year carried out the largest ICO in history for their project, EOS, having raised over $4 billion. EOS is an open source project which creates an “operating system-like construct upon which decentralised applications can be built”. Think of it as a Windows for Blockchain, enabling decentralised app developers to come along and build the Ubers, Facebooks and the Amazons of the future based on EOS’ Blockchain infrastructure. Below are just a few ways in which this project is tearing up the rulebook regarding what we thought we knew about traditional business models.

Block.one have managed to raise $4 billion dollars without giving up any equity or taking on any debts. They achieved this by carrying out what is known as an ICO, whereby one pre-sells tokens on the blockchain which the project is developing. These tokens can then be sold, or utilised on that Blockchain in exchange for other forms of value. Examples include computing power, or products and services, depending on the nature of the Blockchain, and the applications built upon it.

The value of the tokens is not pre-determined and is set by the market, and the supply is limited. This method of raising capital was inconceivable before Blockchain technology came along. It creates new opportunities for start-ups to finance ambitious, disruptive projects which investors believe in. Another interesting point here is that token holders subsequently have a stake in using the service once it’s up and running, to realise value from their tokens, giving the user-base a head start.

In the case of EOS, the tokens are used to guarantee bandwidth, computing power and RAM storage on the blockchain. The holder can either use this themselves by developing decentralised apps, or rent out to other developers at a cost. The holder of the tokens has the right to the amount of capacity in proportion to the amount of tokens they hold in relation to the whole. For example, if someone owns 2% of the tokens, 2% of the network’s capacity will be reserved for them. It can be thought of as digital commercial real estate on the EOS network. Developers can then monetise their service in the way they see fit on top of this.

As I wrote about in a previous blogpost, different Blockchain protocols use various algorithms to maintain the security and validity of the Blockchain. EOS uses something called a “delegated proof of stake” algorithm. This means that those holding tokens (those with a stake) can vote to approve block producers. Block producers then use their computing power to run the software and verify and approve transactions and changes, producing new blocks. The block producers are subsequently rewarded with tokens for their efforts by the blockchain.

In this way the governance of the blockchain is decentralised in that the power sits with the token holders, who then delegate this power to block producers, who in turn become token holders. The network is therefore largely self-governing, not reliant on a trusted third party.

For more details on the EOS project, you can visit their website or read the white paper here.

What Should You as a Decision Maker Do Next?

Above are just a handful of examples of how a single Blockchain project is redefining business models as we know them.  This is just the tip of the iceberg. As a decision maker you need to seriously consider what effect this new technological rulebook will have on your business area, and how you can take advantage of it. 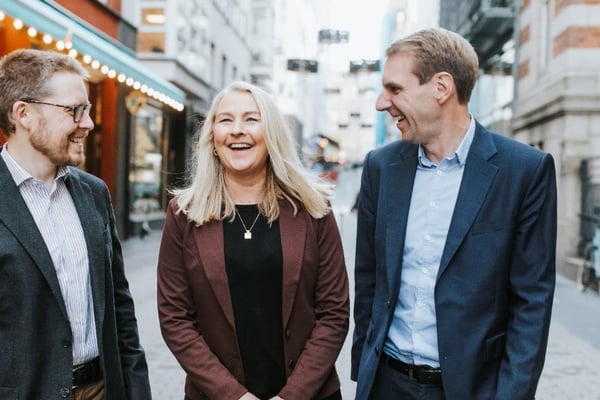 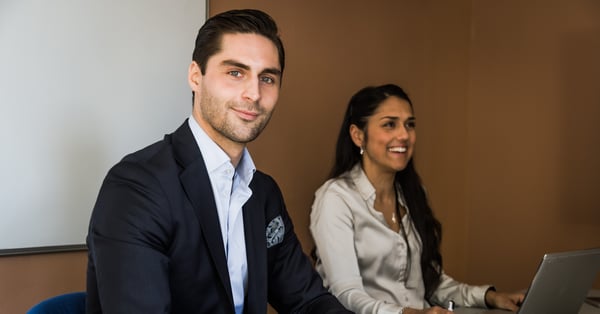 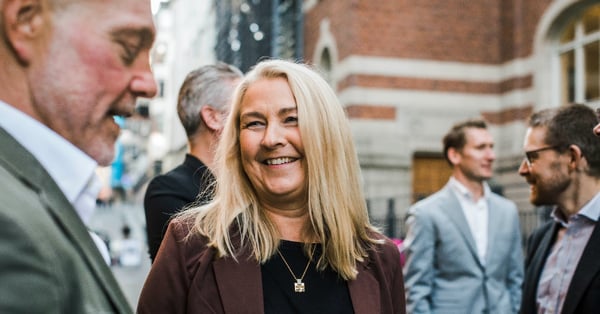 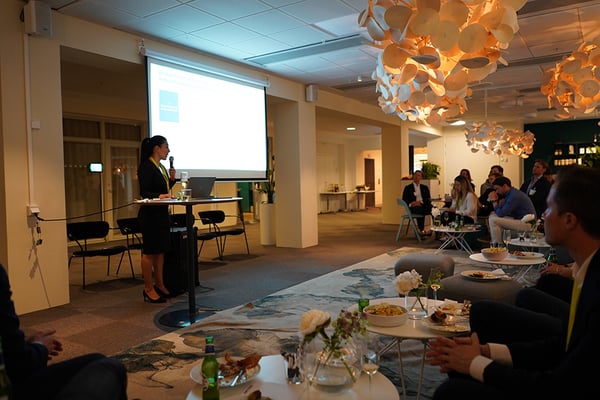 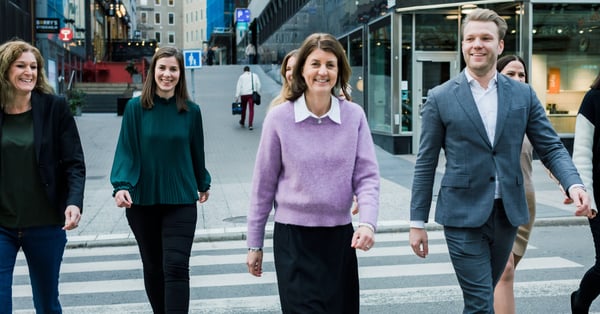 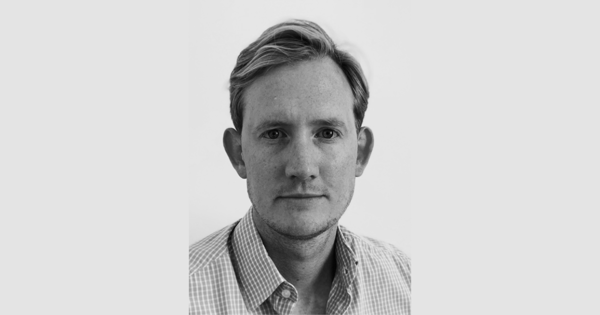 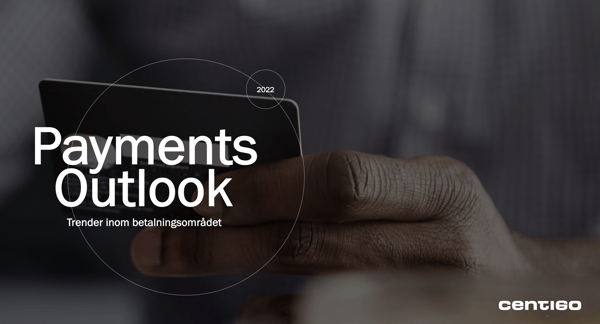 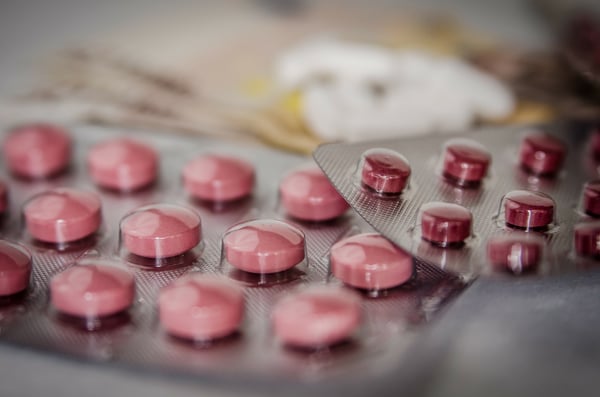